There's a huge world of fungi out there - get to know some of them in the kitchen with our guide to culinary mushrooms!

There's a whole wide world of mushrooms out there - as a matter of fact, there are over 50,000 species of the curious fungi... and those are just the ones we know about! While we're not about to embark on a guide for every known edible mushroom to mankind, we can shed a bit of insight on some of the mushrooms you'll come across at the grocery store or farmer's market. Not only is there a wide variety of flavors and textures in the wild world of mushrooms, but some varieties allegedly have some seriously amazing health benefits as well. Learn all about it below in the culinary mushroom guide!
Fun fact: did you know that mushrooms aren't actually considered plants? They're considered somewhere between a plant and an animal as a part of the "fungi" kingdom. (however, for nutrition's sake, they are considered vegetables!) 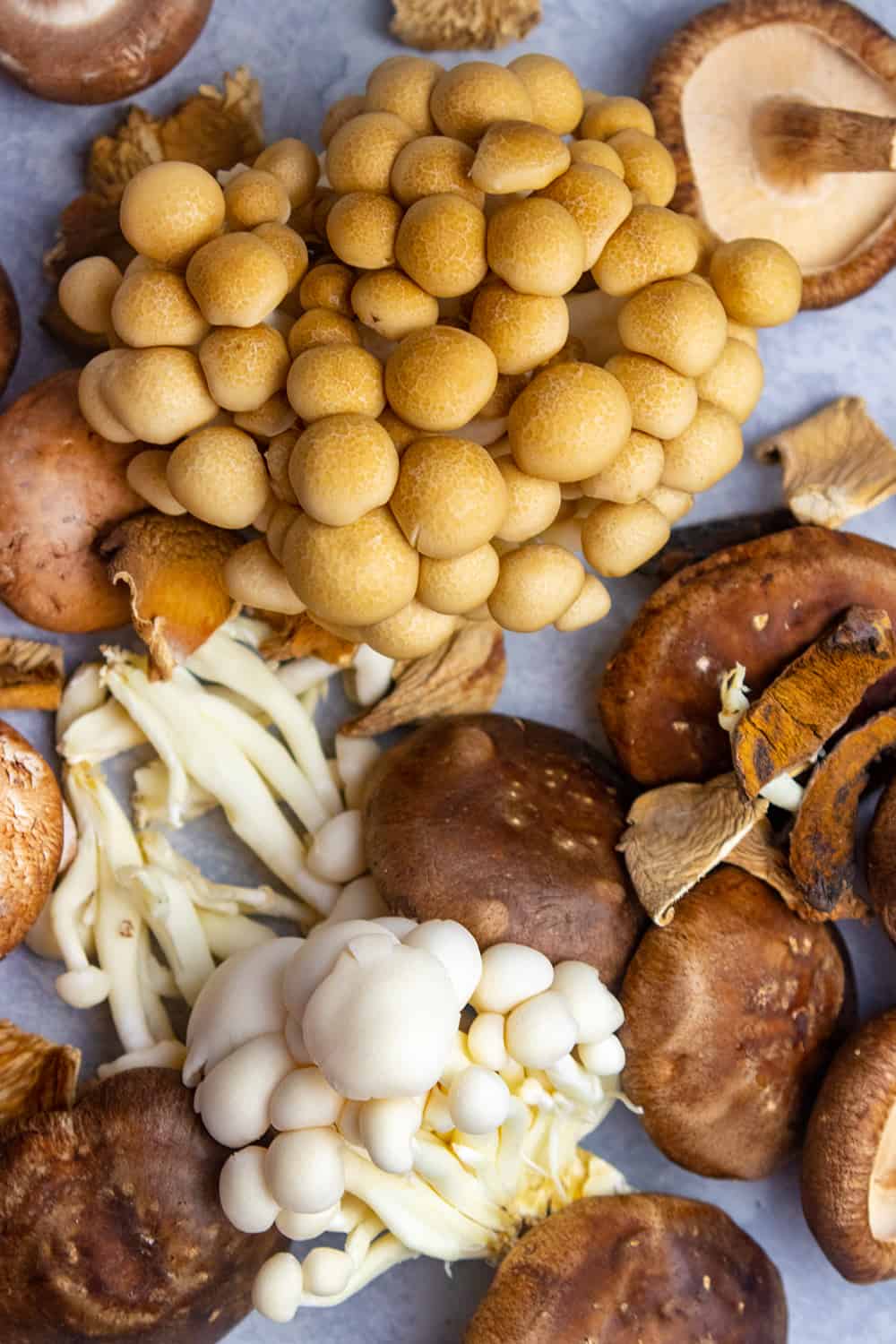 Cooking Tips For All Mushrooms

• Clean those mushrooms before you cook them! For almost all mushrooms, give them a quick rinse and investigate to remove any dirt. (Morels are a bit different and need soaking!)
• When cooking any mushroom, you want to ensure the excess water gets cooked out. Wait for that release of water and for it to evaporate for flavorful mushrooms with a great texture.
• Don't crowd the pan when you cook 'em! Let's be honest - this goes for cooking most things.
• Use plenty of fat. Mushrooms are like little sponges, and you'll need adequate oil or butter when cooking them.
• Not every mushroom needs to be sliced thin like you would with a white button or cremini mushroom. Many mushrooms benefit from being sliced into thicker medallions, or even cooked whole. 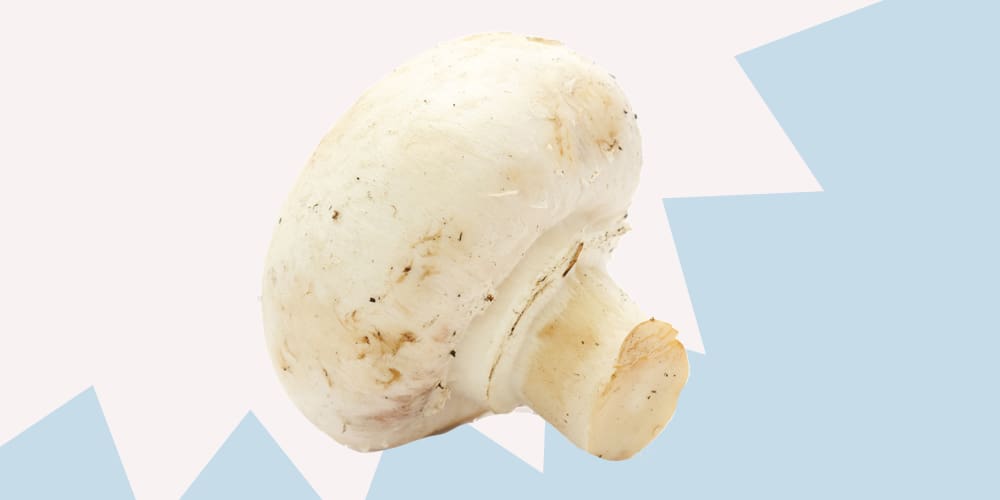 White button mushrooms are by far the most common mushroom found in grocery stores, and they have the most mild flavor. If you're looking for an intense, earthy mushroom flavor, this popular fungi isn't the play - however, it works very well in a myriad of culinary uses, such as stir fries and salads.

Soaking up flavorful sauces in stir-fries, sliced raw in salads, as a pizza topping 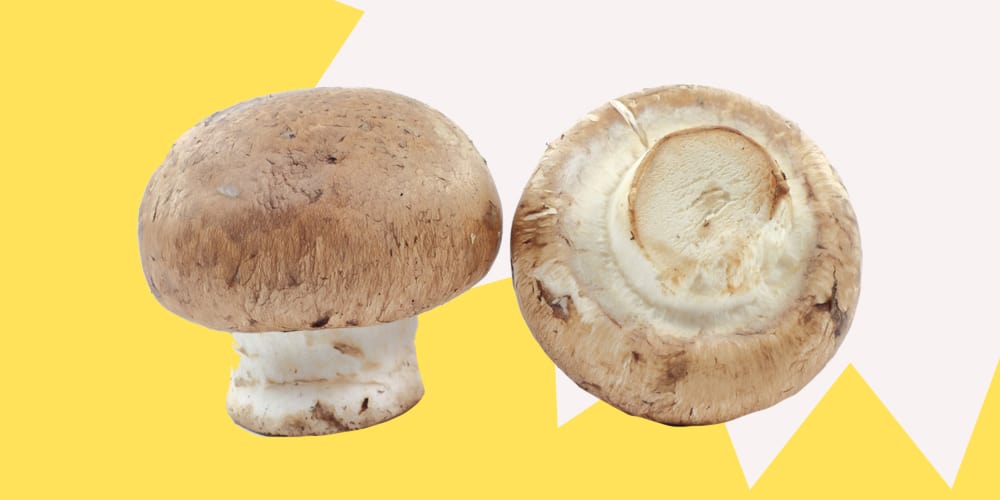 Fun fact: a cremini is just a baby portobello. These mushrooms are almost just as common as the popular white button, but has a few noticeable differences: a darker brown cap, a firmer texture, and an earthier taste. You can use the cremini mushroom in all the same ways you would use a white button mushroom - it's just a step above in its depth of flavor. 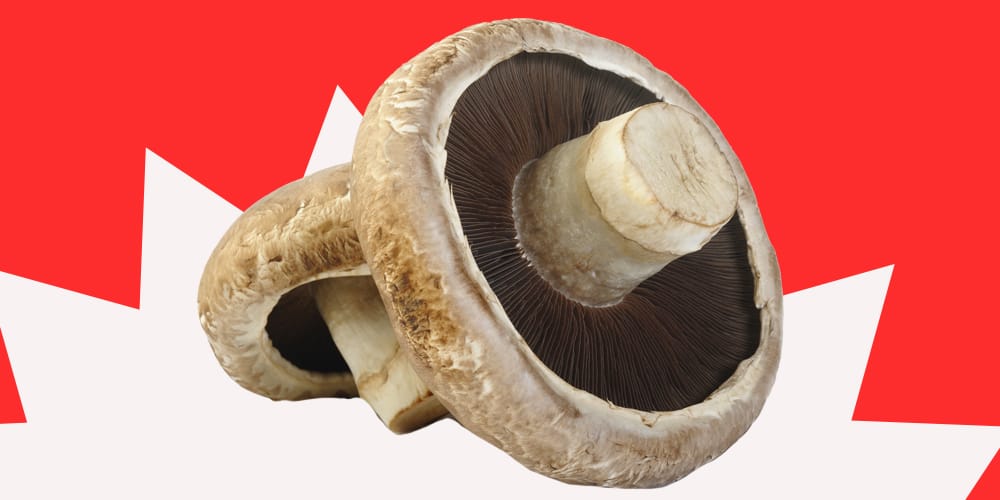 This big mushroom is a popular candidate in Italian cooking, and are native to Italy - and have been growing there since ancient times! This mushroom varietal has a meaty texture that lends itself to meat replacements, and a rich flavor when cooked down.

Stuffed with fillings, diced in sauces, grilled, used as a burger patty replacement 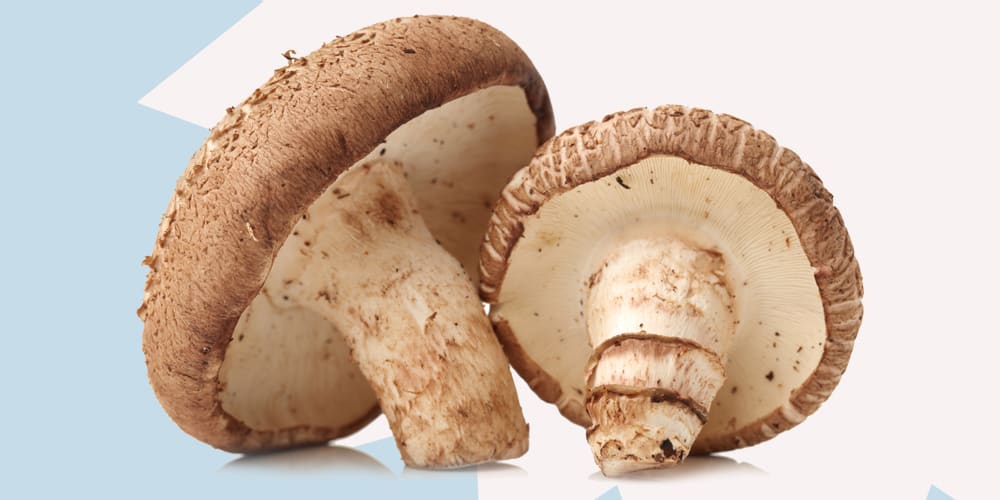 Shiitakes are fairly common in both fresh and dried forms. They're characterized by their wider, brown umbrella-like cap and skinny stem. When fresh, they have a wonderfully subtle woodsy flavor that lends itself to many cuisines, but is used most commonly in in Japanese cooking. When dried, their concentrated flavor is very earthy and strong - best used for vegetable or mushroom stocks and soups. The majority of shiitake mushrooms available are cultivated.

In ragus, stir-fried, roasted or sliced thin as pizza toppings 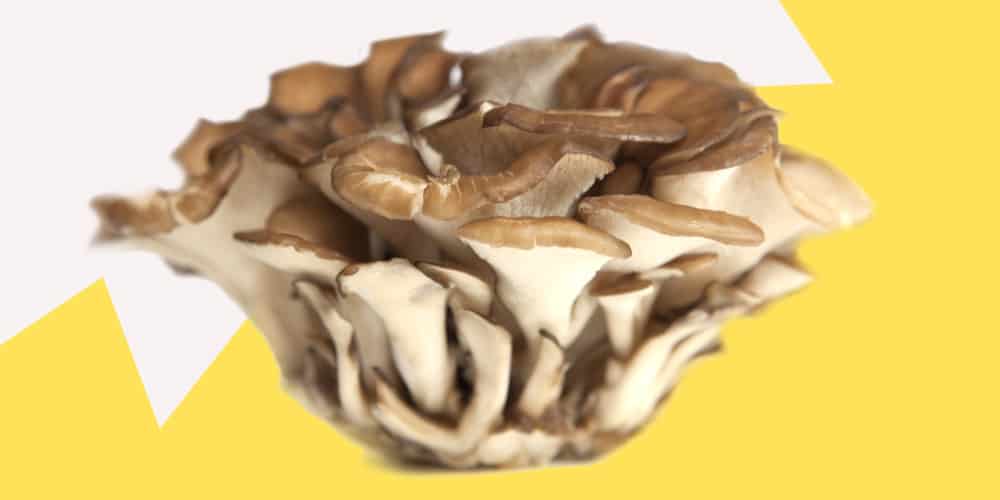 Hen Of The Woods

AKA Maitake, Chicken Of The Woods, Ram's Head, Sheep's Head

This mushroom-of-many-names is a personal favorite. Visually, they are sold in feathery bunches as opposed to single caps. They have a soft and delicate texture with a delicious woodsy umami flavor. These mushrooms can either be cultivated or found in the woods. 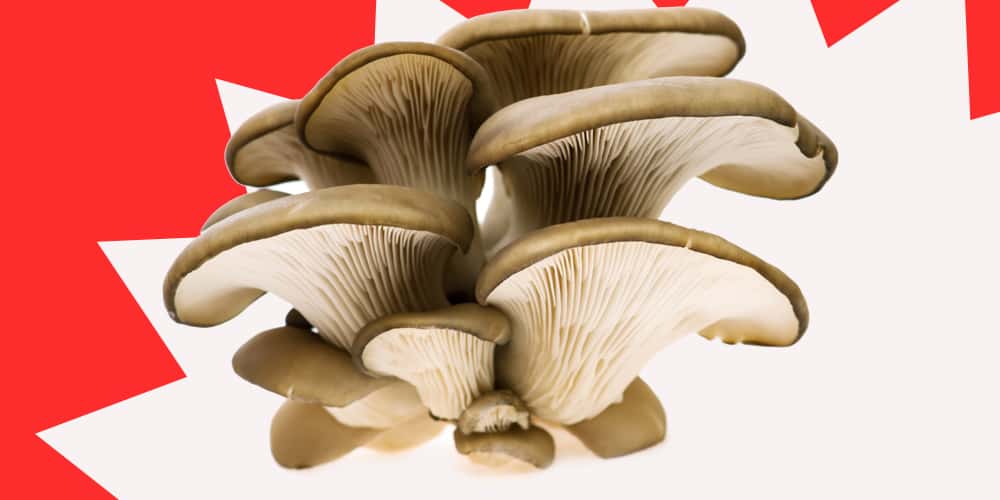 Similar to Hen Of The Woods, Oyster mushrooms grow in a fan of stems - but this variety has a soft, feathery gill-like appearance on their stalks. Oyster mushrooms are most popularly used in Chinese cuisine, and they have a very delicate and delicious flavor. These mushrooms can be found in the woods, but the ones found in the store are most commonly cultivated.

In stir-fries and soups 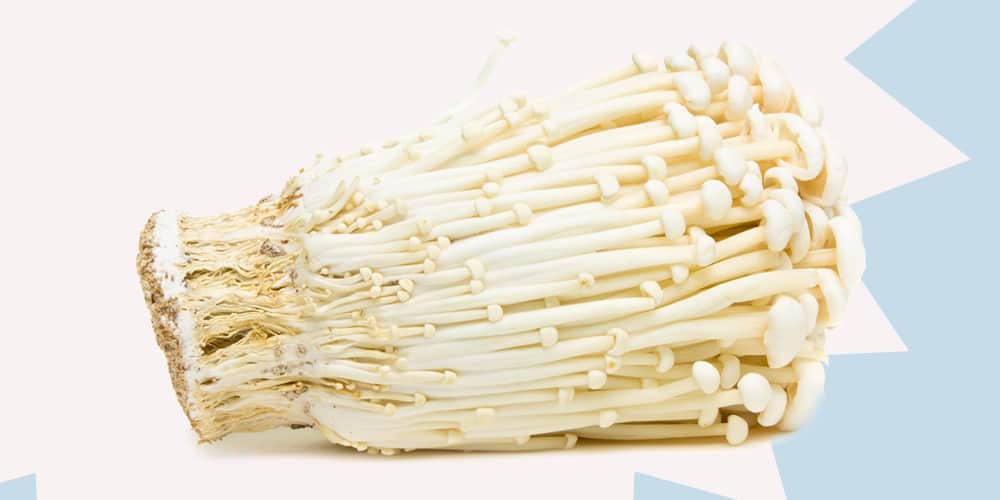 These distincitively tiny-capped mushrooms with long, skinny stems are used very commonly in Asian cuisine. They are both cultivated and can be foraged in the wild on trees. 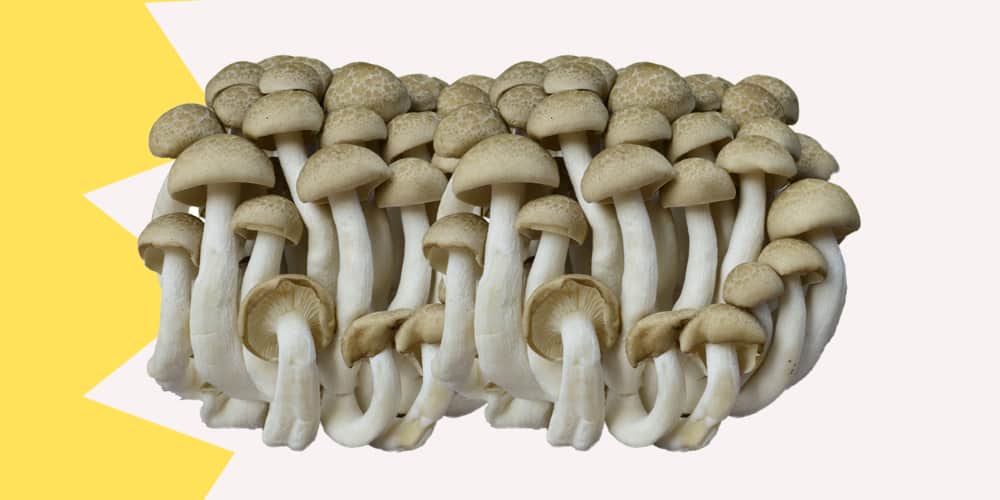 Beech mushrooms, often marketed as "Shimeji" mushrooms, are similar in appearance to enoki, but with slightly less skinny stems and a variety of cap sizes. They can either be a light tan color, or white. They have a bitter taste when raw that transforms into a slight sweet nutty flavor once cooked.

Sauteed until crispy, as a pizza topping, in stir-fries Trumpet mushrooms have a distinctively bulbous, thick stem that can be eaten. The texture of the stem is incredibly similar to that of scallops or seafood when cooked, so they're popularly used as meat replacements in vegetarian cooking.

Sliced into medallions and sauteed, grilled or roasted 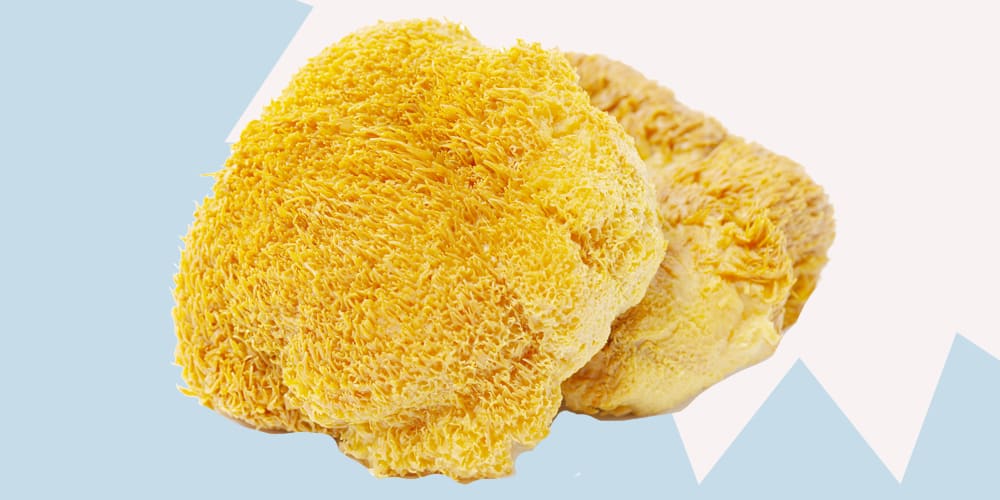 This mushroom is very unique in appearance - we've thought they were heads of cauliflower at first glance in farmer's markets. Similarly to Trumpet mushrooms, they have a very crab or scallop-like texture, and an even similar delicate flavor. This mushroom appears in many recipes as a vegetarian crab replacement (a quick search will yield many lion's mane "crab cakes" recipes!) but they have many culinary uses. Research shows that lion's mane mushrooms may protect against dementia, repair nerve damage, and a ton of potential other health benefits - read up here!

Sliced into "steaks" and roasted or sauteed, shredded and used as a vegetarian seafood replacement 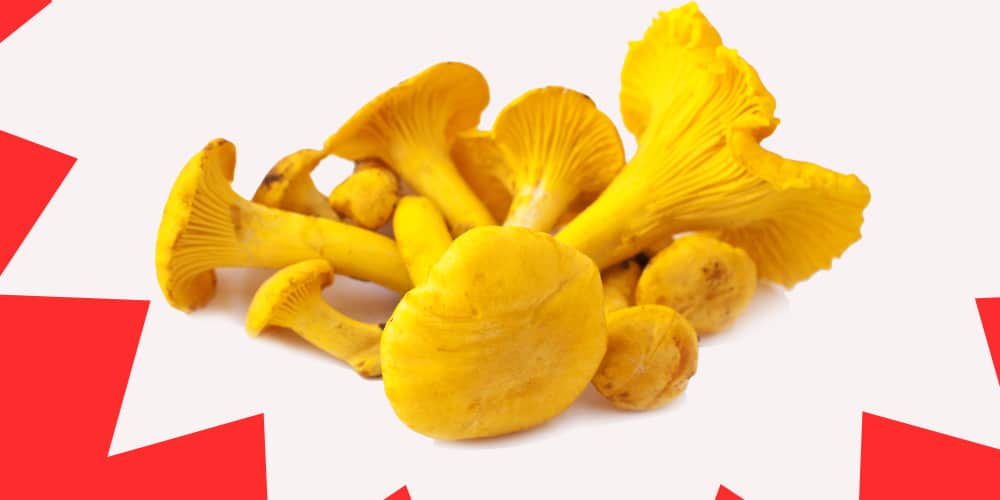 Chanterelles are one of the most popular foraged wild mushroom, and they're infamously difficult to cultivate. They have a distinctive golden-tan color, with a fanned out steam and "gills" similar to oyster mushrooms. Because they are so special and have such a lovely delicate flavor and velvety texture, they should be cooked very simply to enjoy them as the star of the show.

Sauteed in butter. That's it! Like the Chanterelle, Morel mushrooms are highly desired mushrooms for foraging in the wild. It has an incredibly unique look, with it's spongey cone cap. Due to the nooks and crannies of the Morel mushroom cap, they need to be soaked in order to be cleaned properly. In Italian, "porcini" translates to "little pigs"! These mushrooms, which look similar to King Trumpets, are prized in Italian cuisine. While they aren't so easy to find in the United States, many stores sell the dried variety, which has an intense earthy mushroom flavor.

Sauteed, in pastas or ragus - use dried porcini for stocks and risotto

Now that you've read through the culinary mushroom guide, take a look at some of our favorite mushroom recipes below!