Take a food tour through Italy in your own kitchen with Giada's Italian soup recipes!


While it might not be on the forefront of people's minds when they think "Italian food," soup is actually a huge staple in Italian cuisine. With the temperatures slowly starting to dip, there's no better time than now to embrace the season for soup - so why not get to know these classic Italian soup recipes while you're at it? Giada's Italian soup recipes are essentially a tour through her childhood, as most of these recipes were introduced by her family - so get ready for some fantastic recipes, and a little bit of history while we're at it. 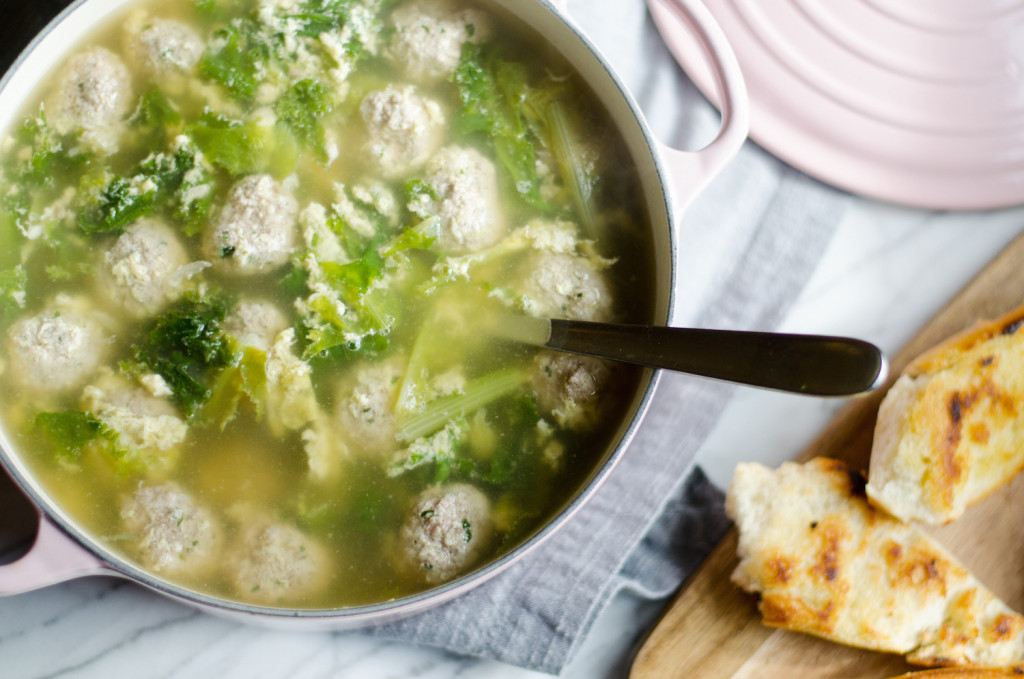 
Funny story - the name of this soup might have you thinking it's traditionally served at weddings, but that's not quite where the name comes from. This soup is said to have originated from Naples, and the Italian name is "minestra maritata" - which roughly translates to "married soup". The term "married" refers to the marriage of the flavors and ingredients - not nuptials! Regardless of the name, this soup is ultimately comforting with a flavorful broth, juicy meatballs and greens. 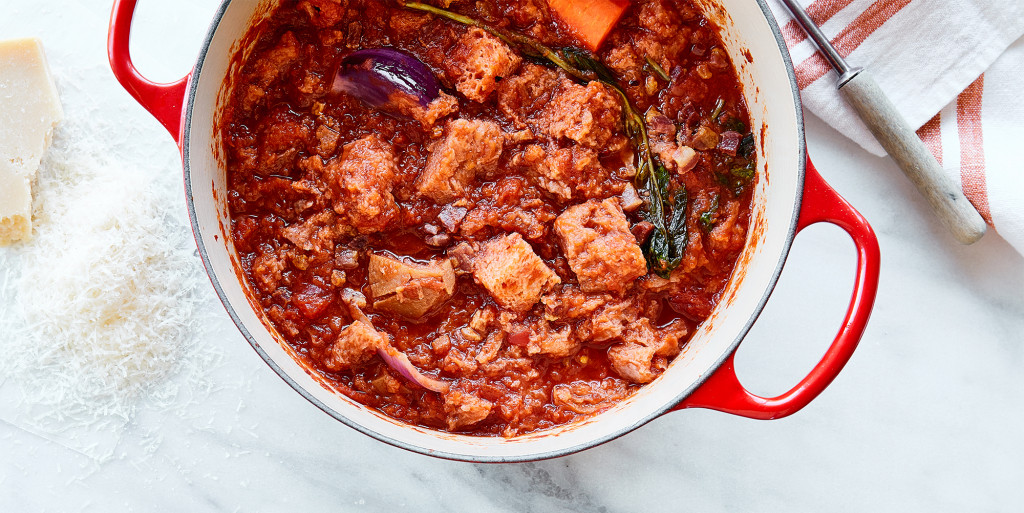 
If you ever wondered what to do with lots of stale bread, this is your answer. Pappa Al Pomodoro, otherwise known as "Tuscan Bread and Tomato Soup," is exactly what it sounds like - lots of bread and tomatoes! The bread not only gives this soup lots of body and heartiness, but as it cooks, it develops a rich and velvety texture. With lots of aromatic vegetables and herbs as well, this is  a truly delicious and comforting soup that Giada's mom always made when she was a kid. 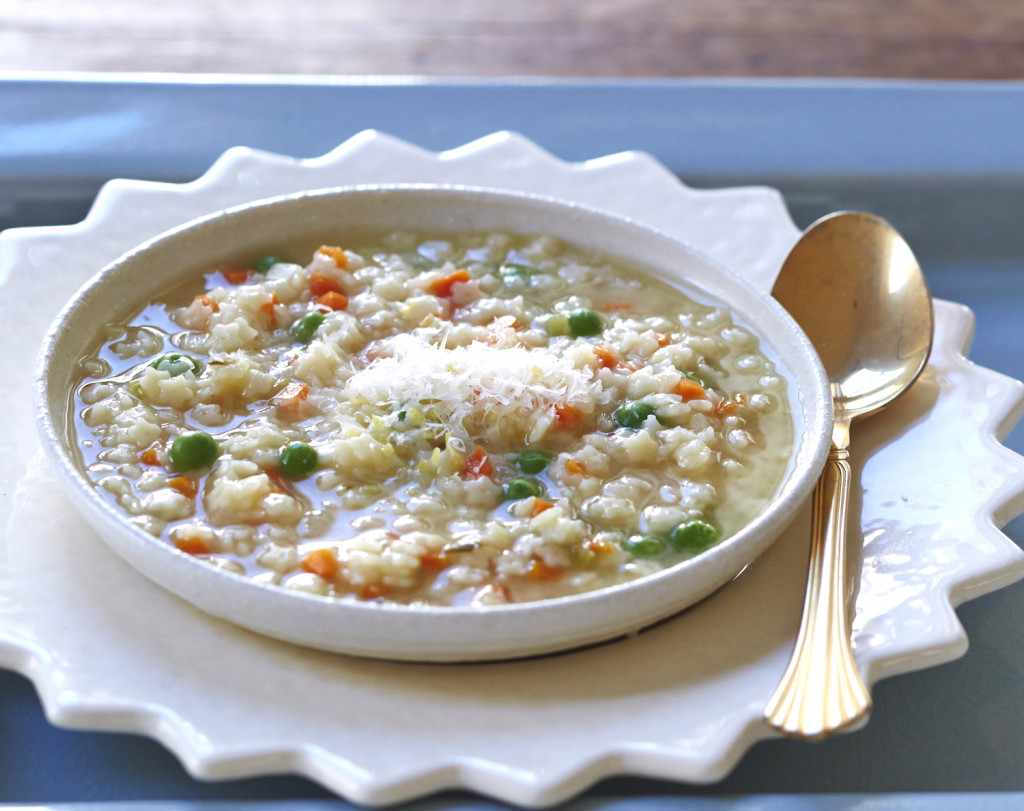 
Assimilating to American culture posed as a challenge when Giada was a young kid, and this soup magically bridged the gap. "The one exception was an old familiar friend that came in an iconic red-and-white can: Campbell’s Chicken and Stars soup. I doubt my buddies’ parents had any idea that this childhood classic, every bit as 'all-American' as tomato or cream of mushroom as far as they were concerned, was actually based on an Italian recipe that I adored and reminded me of home." - Giada 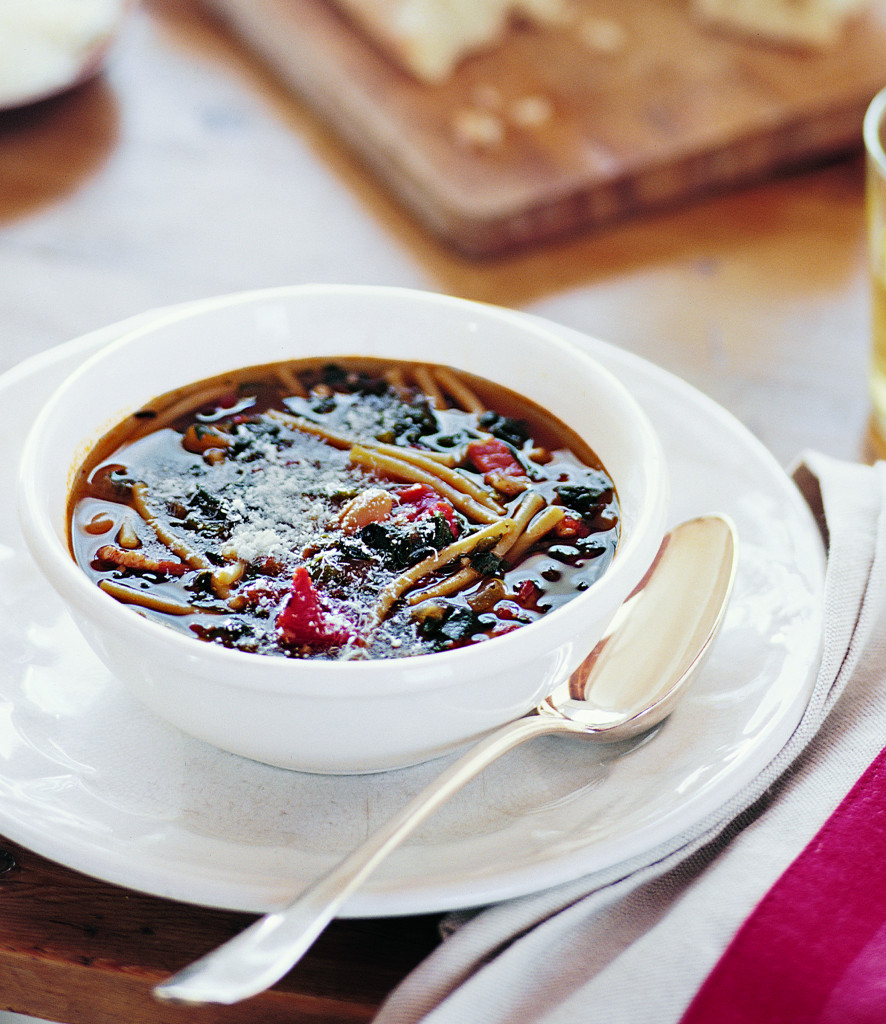 
Like Pappa al Pomodoro, Ribollita is another soup of Tuscan origin that includes bread in the ingredient list. It's a hearty stew of veggies and beans, though recipes for this potage vary greatly from family to family. In Giada's version, she likes to add pancetta at the beginning, and break up spaghetti and add it in at the end - it's the way her family always made it! 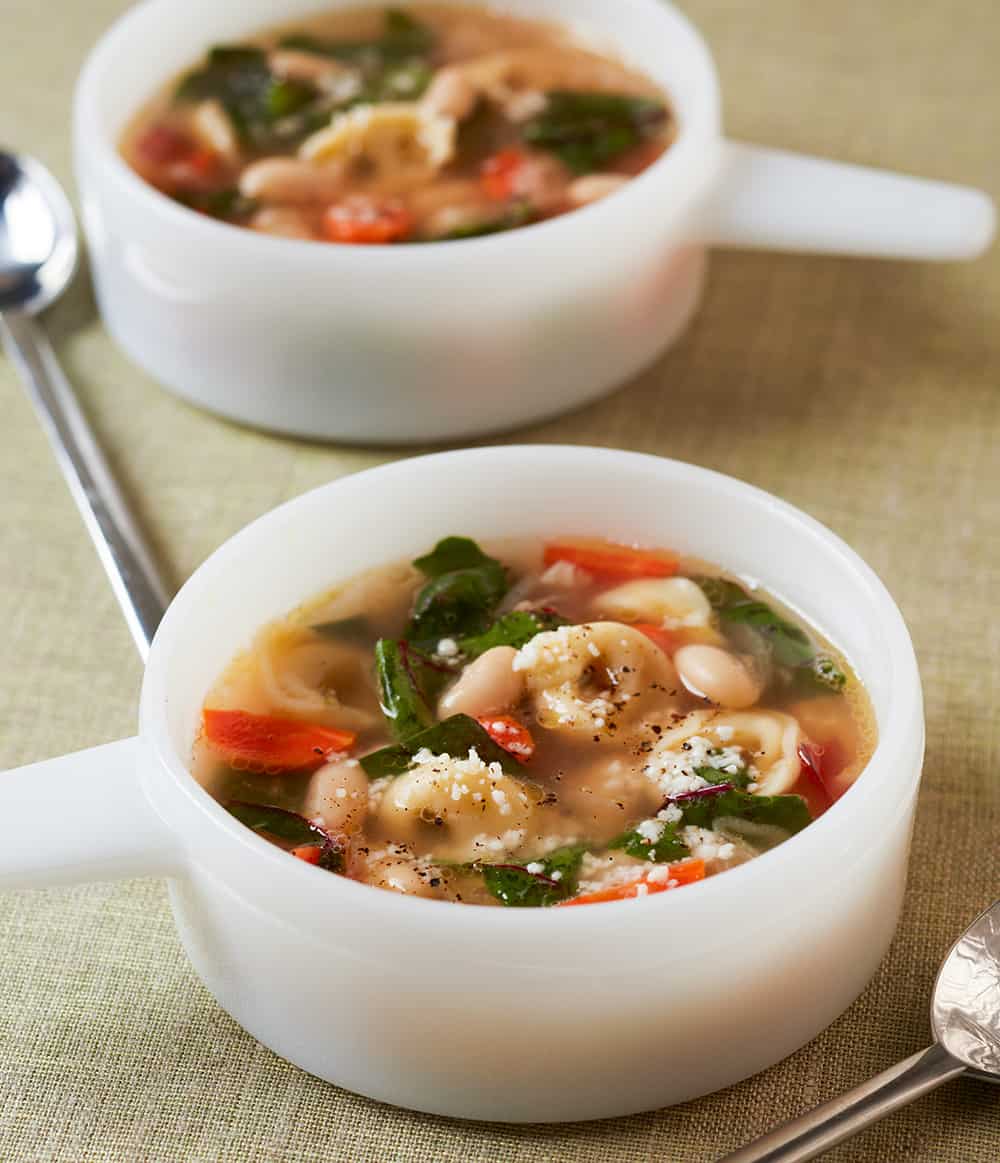 
This dish is often known as Tortellini en Brodo, or just "Tortellini in Broth". While this soup is an Italian classic, it has tons of variations. Sometimes it is as simple as literally just tortellini and broth - and if you search, you'll find all types of vegetable combinations in this soup. In Giada's recipe, she likes to incorporate creamy white beans, pancetta, carrots and swiss chard for a nutritious and comforting dish. 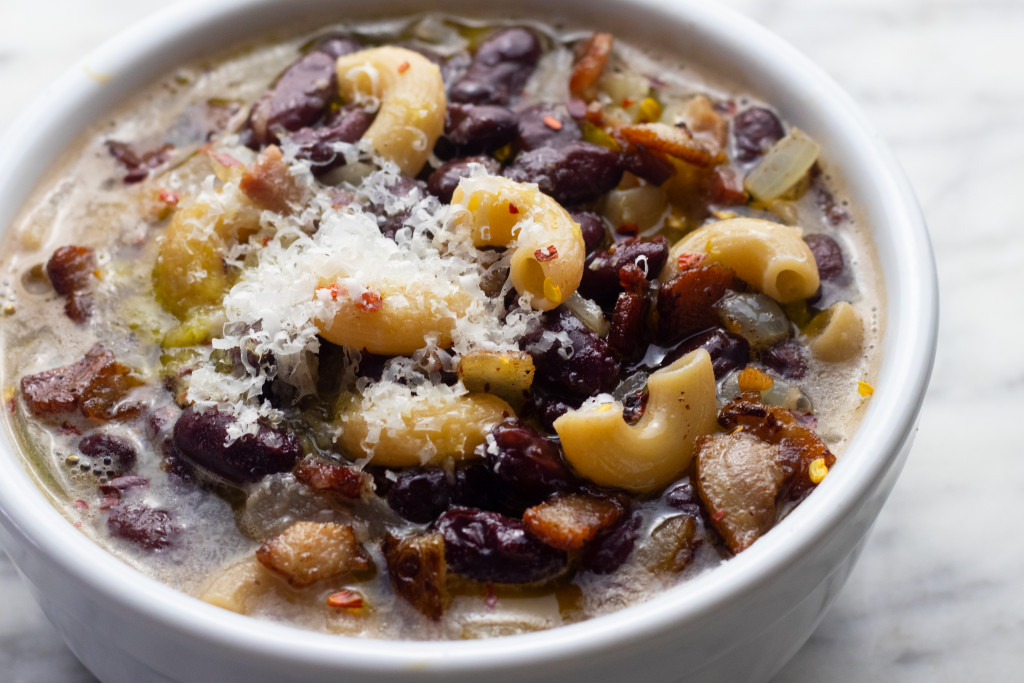 
The funny thing about Pasta e Fagioli is people might not recognize the dish based off of reading the name - in the states, it's lovingly known as Pasta Fazul! The only thing this soup needs to truly be "Pasta e Fagioli" is pasta and beans, hence the name. This soup is found all over Italy, prepped in all sorts of different ways. Giada's recipe uses red kidney beans, and pancetta gives it lots of savory flavor. 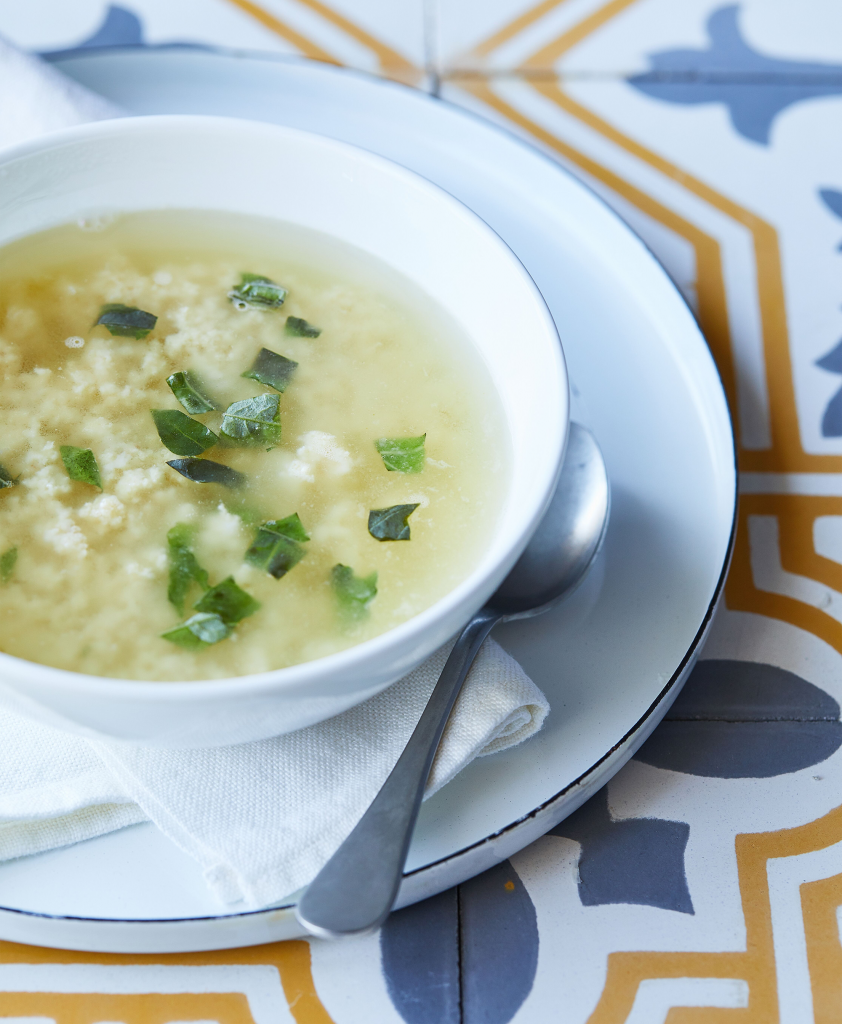 
This Italian classic is traditionally comprised of broth and a mixture of eggs. "Stracciatella" means "to shred" or "shred," which is why you'll often see it refer to other things in Italian cuisine, too - like gelato stracciatella (in which case it's usually referring to chocolate!). "The beauty of this soup is its simplicity, because it is mild yet flavorful. It’s what my mom would make for my brother, my sister, and me when we were under the weather. It’s so soothing and comforting, like a big hug. It’s also great for breakfast!" - Giada 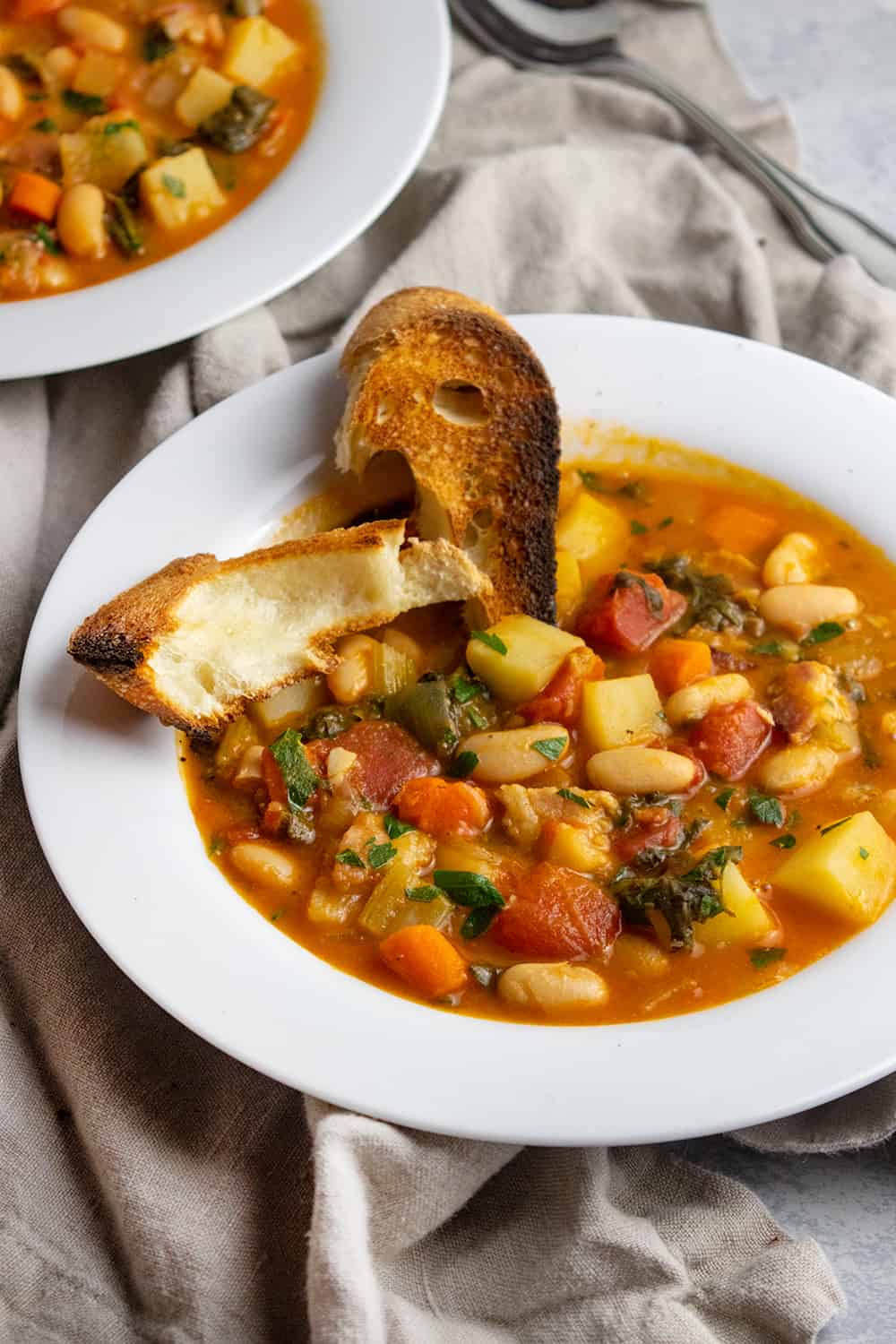 
Minestrone is a beloved Italian soup, and one of the most recognizable ones in the US. It's a thick, hearty stew with vegetables, and often with pasta or rice. In Giada's version, however, the starch comes from potatoes and cannellini beans. The star of this dish is the rind of Parmigiano - it imparts so much savory, nutty flavor to the soup. Grab some crusty bread and get ready to sop up the delicious broth of this classic.