The One Pizza You Have to Try in Naples

Pizza fritta is a can't-miss specialty in the Italian city

When pizza lovers make a pilgrimage to Naples, where the pizza as we know it was invented more than 125 years ago, they usually overlook one of the city's more unique offerings. Pizza fritta - fried pizza - is a combination of the city's pizza history and its tradition of friggitoria (fried food stalls), and the result is a totally unique treat.
To make the decadent delicacy, pizza dough is stretched and shaped as for a normal pizza al forno, then topped with ricotta cheese and meat (but no tomato sauce!). Then it's folded in half and sealed shut, so the fillings won't escape when it's dropped into the deep fryer. The result is a puffy, golden half-moon of crisp dough filled with creamy, melty cheese and salty meat, the perfect snack as you walk the winding streets of the ancient city.
Forming the dough and frying it at just the right temperature are skills that take years to perfect, which is why it's hard to find pizza fritta outside of Naples. In fact, local favorite La Masardona is on its fourth generation of pizza cooks, run by the same family since it opened in 1945. But if you're in New York City, you can stop in for a at Sorbillo, the only U.S. location of a Neapolitan chain run by famous pizzaiolo Gino Sorbillo. New York or Naples, pizza fritta is worth the trip! 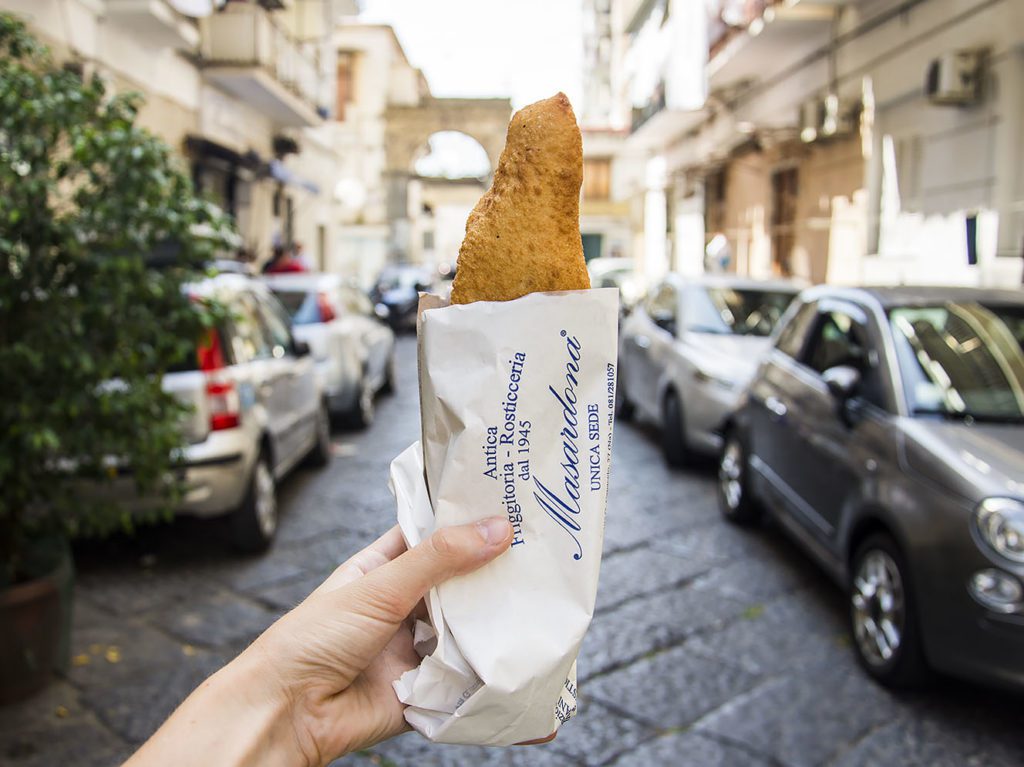