What's Semifreddo? The Italian Dessert You Need To Know

Move over, ice cream cake - semifreddo is our go-to sliceable sweet for summer.

In a realm somewhere between gelato, cake and mousse exists the delicious Italian dessert semifreddo. Imagine if gelato made its way into a loaf pan instead of a cone and skipped the churning phase, to become a sliceable dessert instead of a scoopable one - and you've got semifreddo.
NY Times refers to it as "ice cream's chic Italian cousin". Can't argue.
Semifreddo translates to "half-frozen" or "half-cold", and while the dessert itself is actually fully frozen, this name better describes the texture of the dessert rather than the method of making it. As you eat a slice, it becomes delightfully melty, transforming into more of a moussey custard than the soup that gelato can become. It has a creamy, velvety consistency that's sophisticated and decadent. It doesn't have quite the same sharp coldness to it on the palate that ice cream has - it's much more fluffy and creamy. 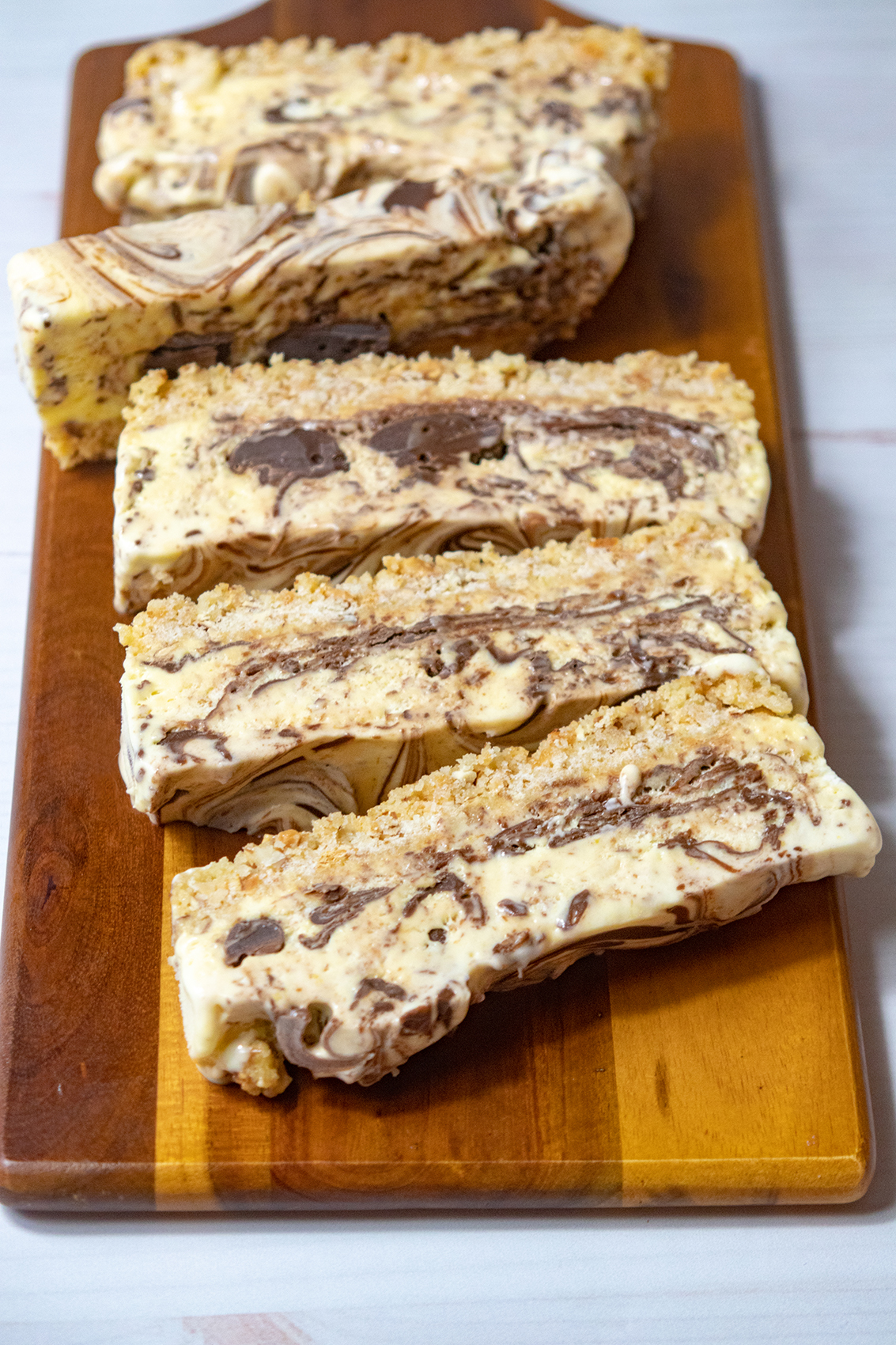 As far as history goes, semifreddo is actually quite young in the world of Italian desserts. Marino Marini, chef and culinary investigator of Italian food history, puts it simply, "What we describe today as semifreddo has, in reality, a very short history; it was born around the end of the 19th century,"
Perhaps because this dessert doesn't have the most extensive history, the flavor variations that exist are pretty much endless. Popular iterations include chocolate-hazelnut, citrus, and amaretto, but pretty much any sweet flavor profile can work in the context of semifreddo.
Check out a few of Giada's recipes below to get started - and be sure to let us know how it turned out in the comments below!