You can find the best produce in Italy at the town farmer's markets, and we don't want you to miss out.

Some of the best produce you'll ever try will come straight from the outdoor wooden crates of an Italian farmer's market. Whether you're just perusing for a snack, or want to head back to your airbnb to make dinner, the selection can be overwhelming. How do you know what's good in Italy other than tomatoes?! This is our guide on the best produce in Italy, and the particular fruits and vegetables you can't skip. Next time you're in Italy, grab your tote bag, and get to grocery shopping! 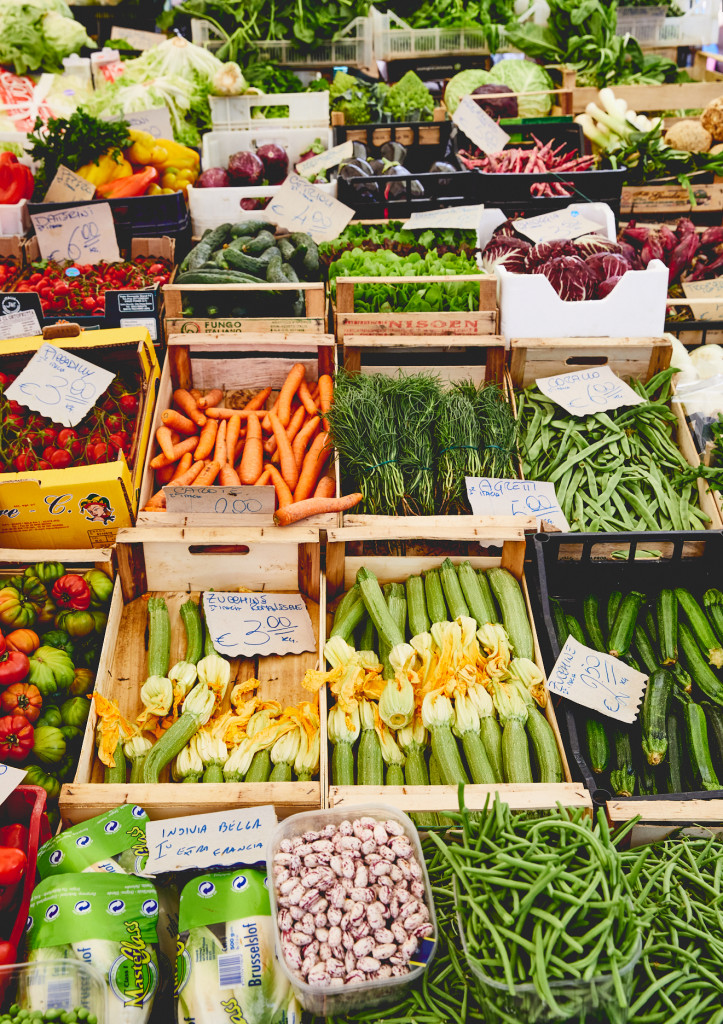 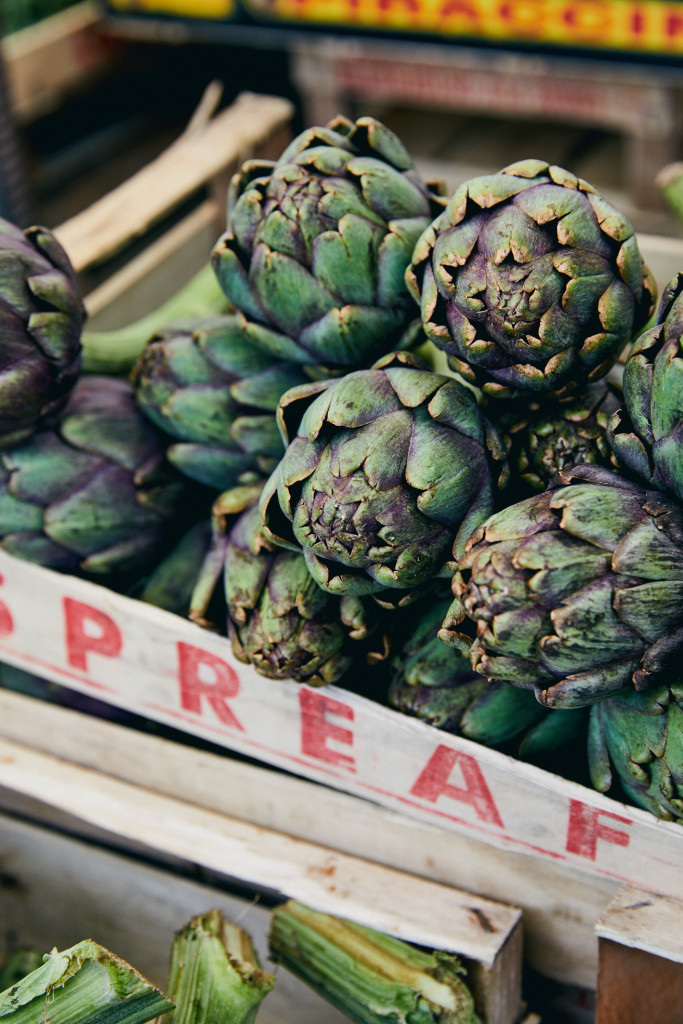 
Season: Spring
In spring (particularly, the month of April) artichokes of all kinds take over the farmer's markets in Italy. In Italy, there are artichoke varietals that go way beyond what we have available in the States! Tiny baby artichokes, spiny green varieties, and Tuscan purple artichokes with long stems - they're all delicious. Follow Giada's steps on how to prepare artichokes for any variety you come across, and if you visit Italy in the spring, don't shy away from ordering fresh artichokes from restaurant menus!


Season: Late summer
Canteloupe in Italy is so far from what it is in the States. While it hangs out on the background in continental breakfast fruit medleys here, it shines as a star on its own in Italy. It has a deep, bright orange flesh, and it's impossibly sweet. The fact that cantaloupe is at its ripest when the weather is hottest is by perfect design: you can enjoy it raw with prosciutto for a refreshing and classically Italian bite. 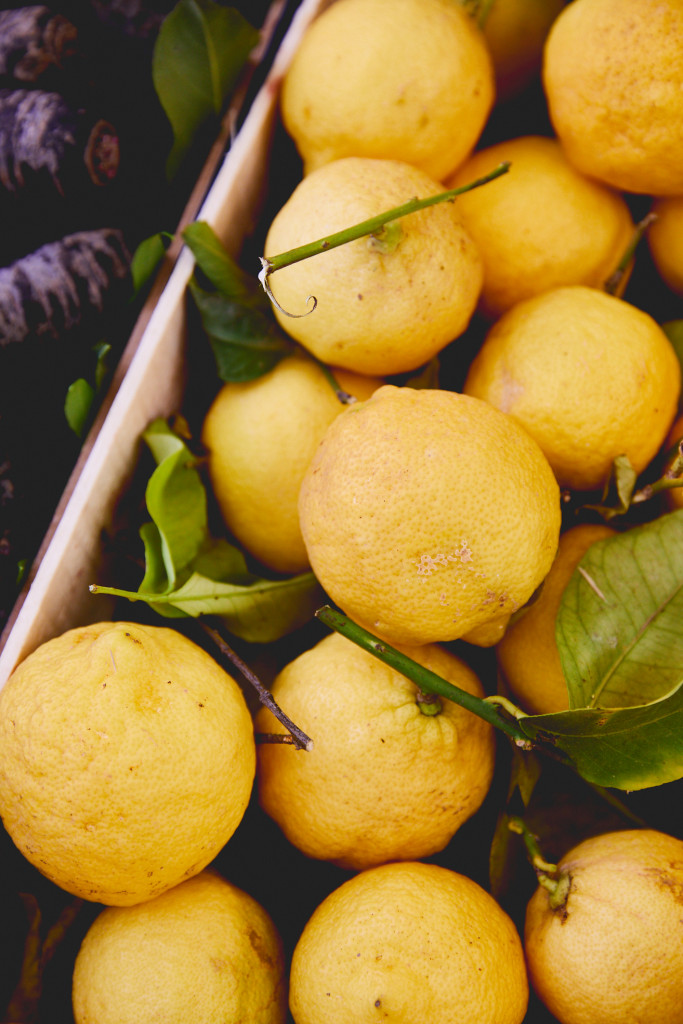 
Season: Late Winter to Summer
Lemons from the coast of Italy are said to have the most vibrant and aromatic flavor in the entire world - which is why Italian limoncello can't quite be replicated anywhere else! Lemons in Italy tend to get even more delicious and ripe the later they fall into summertime, and you'll see trees dripping when them all the way from winter to summertime. Oranges, on the other hand, are at their very best in late winter and early spring. Grab some ripe oranges from the farmer's market at this time of year, and make some spremuta d’arancia (freshly squeezed orange juice) and you won't need much more convincing that Italy grows the best citrus in the world.


Season: Late summer
We've long professed our love for eggplant, and the way it's honed in Italy. In August, when eggplant is at its peak season, you'll find it prepared every which way on menus in Italy: fried, roasted, pureed, or deliciously layered in an eggplant parmesan. While it might have a reputation here for having a strange texture, it's all about the preparation - and in Italy, the texture is the very best thing about it. In late summer, eggplants are packed with flavor, and they're anything but watery or mushy. 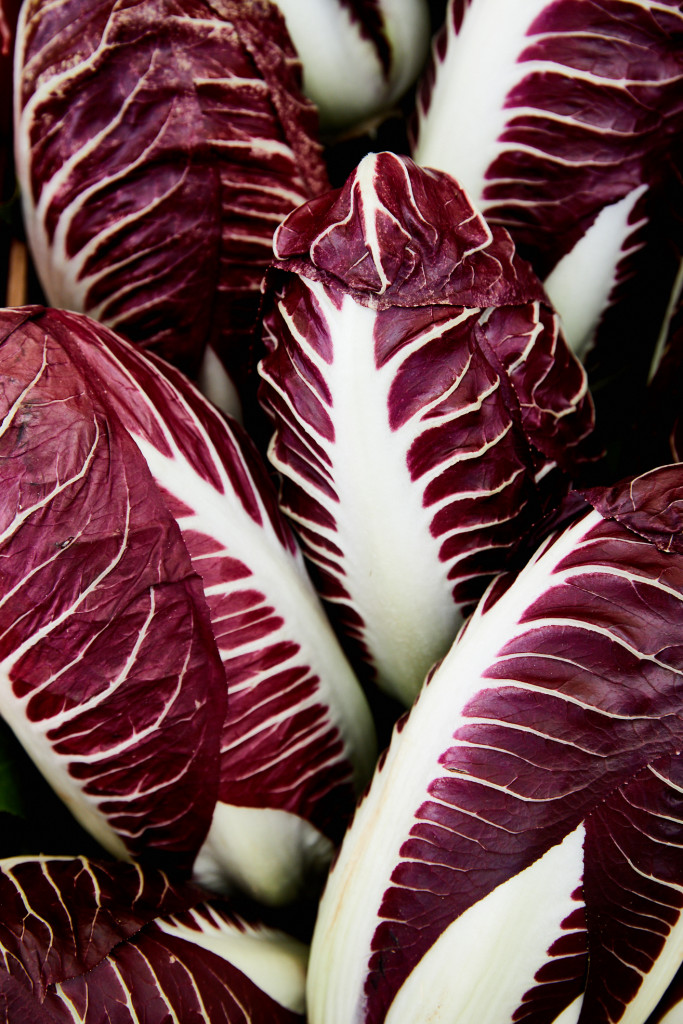 
Season: Spring
While you'll find these bitter red lettuces on some menus in the states, and you can find them in our grocery stores, they're much more mainstream in Italy. You'll see several varieties in Italy, from chiogga, which resembles a small red cabbage; treviso, which is a torpedo-shaped head of lettuce; Verona, which is like a mix of the two; Treviso Tardivo, with long squid-like leaves and is considered a delicacy; La Rosa del Veneto or Pink Radicchio which has the color or the popular millennial pink; and lastly, Castelfranco, which looks nothing like the previous varieties, but like a head of greenleaf lettuce speckled with purple spots. This variety of lettuce is quintessential in Italy, so if you're looking to make a mixed salad, opt for this!


Season: Summer
In late July and August, tomatoes reign supreme. In terms of flavor and texture, tomatoes are at their best - and we firmly believe you can't beat an in-season tomato in Italy. Eat all the tomatoes you can at this time of year, and don't look back! From caprese salad to cherry tomato spaghetti, to simply sliced on a plate with some olive oil and salt, you can't go wrong.


Season: Late Spring / Early Summer
While strawberries alone are delicious in Italy in their peak season, you must try wild strawberries (AKA fragoline) if you come across them. They're much smaller than the strawberry varietals we're used to seeing, and the flavor? Pure magic. The only problem with eating wild strawberries is that it might ruin you on regular strawberries thereafter. These impossibly sweet and delicious berries are best enjoyed on their own, or tossed with just a touch of balsamic vinegar.
Just south of Rome is a town called Nemi, which has an annual celebration of the strawberry crop every June. If you're enticed by the concept of the wild strawberry, make plans to head to their festival, which is full of both cultivated and wild strawberries alike! 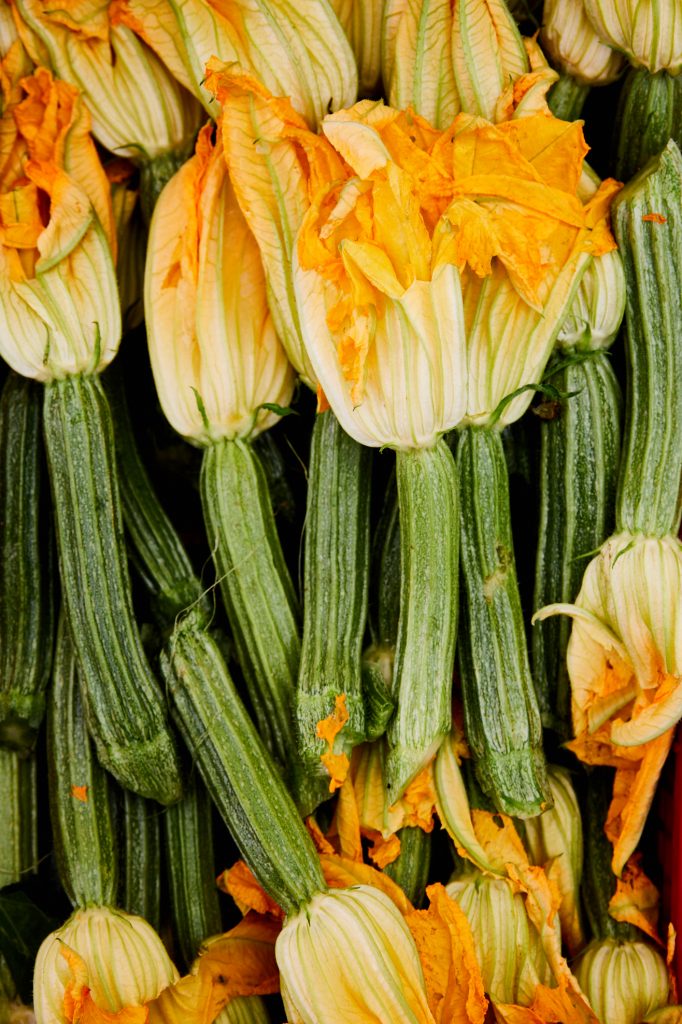 
Season: Spring and Summer
You'll notice right away that zucchini are presented very differently in Italy than they are in the States - they'll almost all have their zucchini flowers still attached! These funky blossoms have a flavor similar to the zucchini they grow on, but are notably more mild, delicate, and a bit sweeter. You'll commonly find them fried and stuffed with cheese (and sometimes an anchovy will be in there too!), steamed, baked, or even served raw in salads. While you can find them on certain menus here in the States, they're not nearly as common - especially in the grocery store.