Family Recipes: The Story Of My Grandparents' Sicilian Ravioli

If there's one recipe I associate with my family, it has to be this one: my grandparents' Sicilian Ravioli.

Growing up, the highlight of every holiday season was one thing, and one thing only: the at-home ravioli factory that my parents' kitchen would turn into every time my grandparents came to visit.
My dad's grandparents emigrated to the United States from Vizzini, an ancient village in Sicily, during the Great Depression. They landed in New York, then settled in Illinois. That's where my grandparents John and Maree met, and they eventually moved across the country to Colorado.
I grew up in Southern California, and it was tradition for my grandparents to come visit us during the holidays. The pinnacle of every visit was the grand production of making enough Sicilian ravioli to feed a small army: approximately 250 ravioli, stock pots filled to the brim with sausage ragu, and getting lovingly yelled at by my grandparents every time I decided to plop a tablespoon of ricotta filling in my mouth before it actually made it to any ravioli. 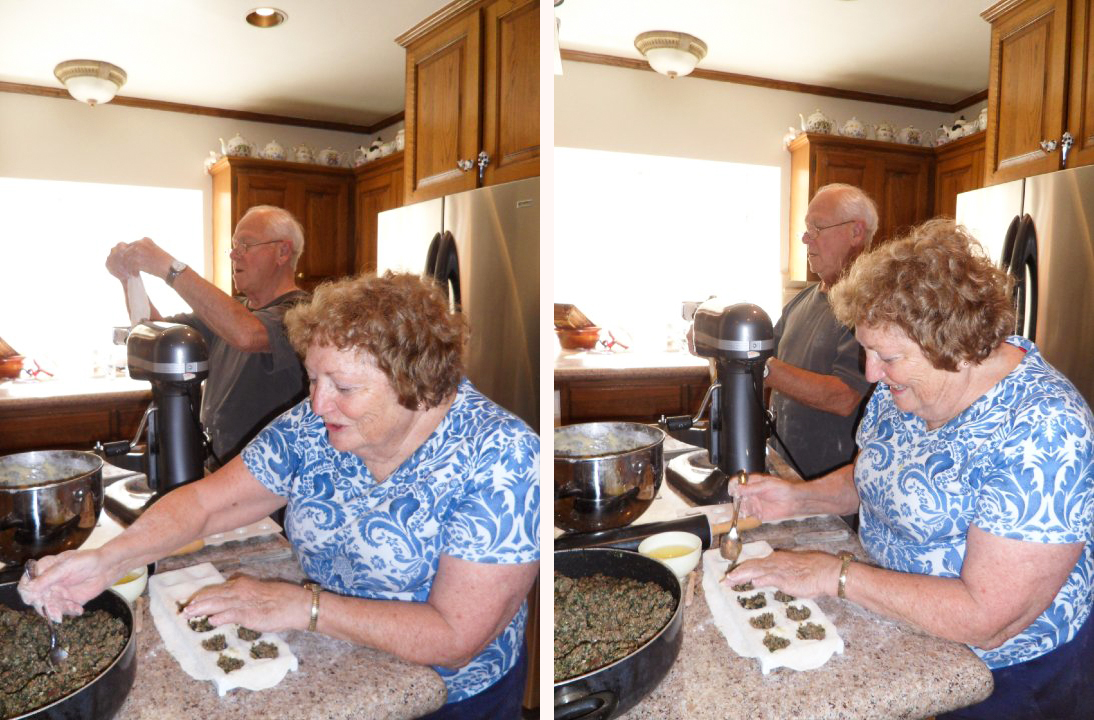 We all had our posts and job positions to fill. Grandpa John was always in charge of rolling out the pasta dough. I was the ravioli stuffer, which is where I got my habit of snacking on a raw ravioli here or there. My little sister, Danielle, was dubbed "the forker" as she would seal the edges of the ravioli and give them each a pin-prick of the fork tings right in the middle to ensure they didn't explode while boiling. Lastly, grandma Maree was at the helm of the kitchen, keeping everyone on task and managing us. My parents would filter in and out and help, but it was mainly a production between the grandchildren and grandparents. We would spend an entire day in our makeshift ravioli factory, and it would result in having frozen leftovers for months on end. 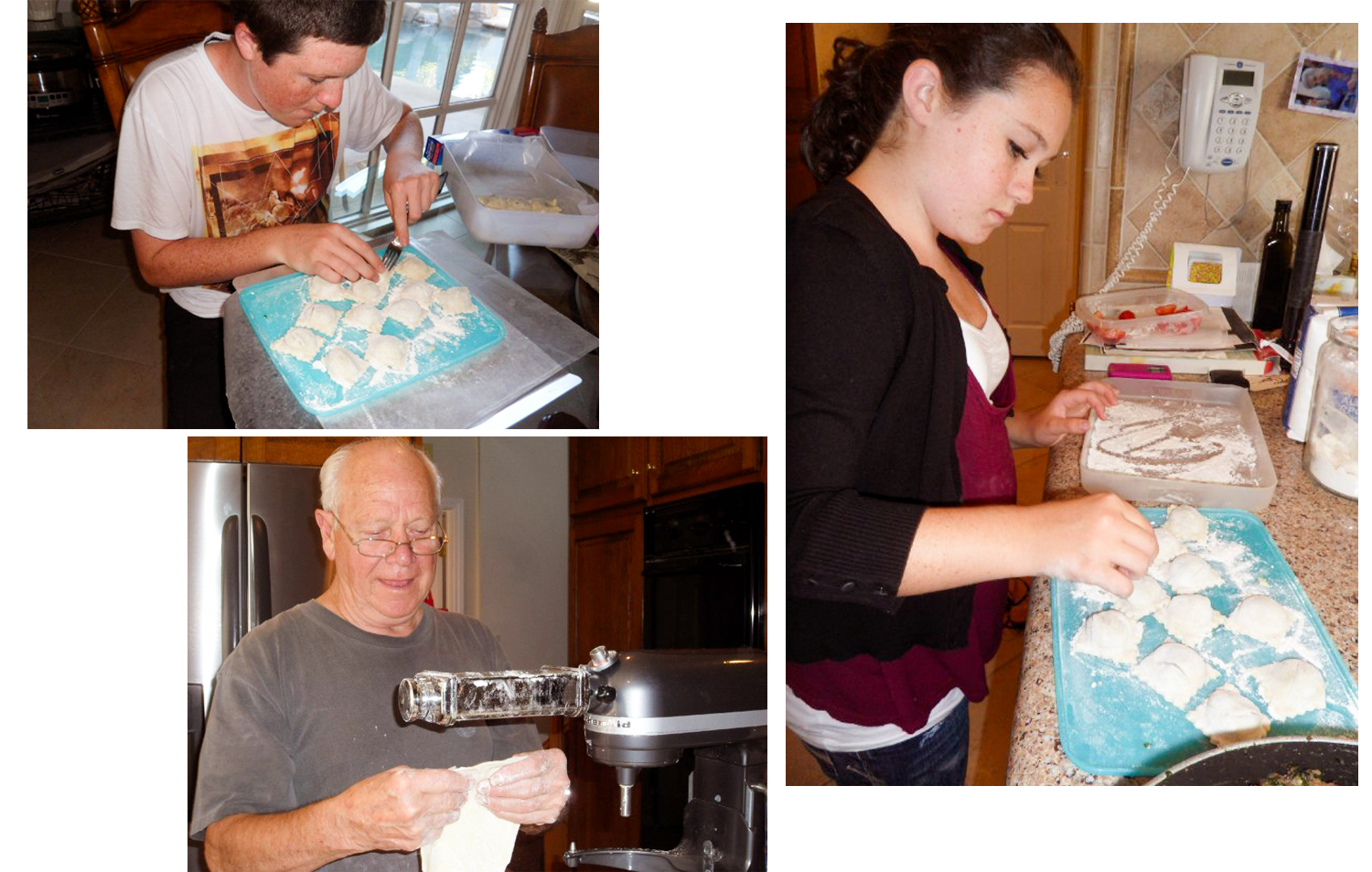 It was always fun and filled with laughs, especially when Danielle or I would make a mistake. My grandpa would call one of us a "stunad" (definition: "a stupid person"!) when we'd make errors, which my grandma laughed along with and would echo his loving insults. (Italians know that the love-language of insults is very real.)
If we were really messing up, Grandpa would threaten to sic his friend "Joe Matzeratz" on us. We'd ask, "who's Joe Matzeratz?" and he'd reply: "you don't want to find out." Still don't know who Joe Matzeratz is, and thankful I never did have to find out. 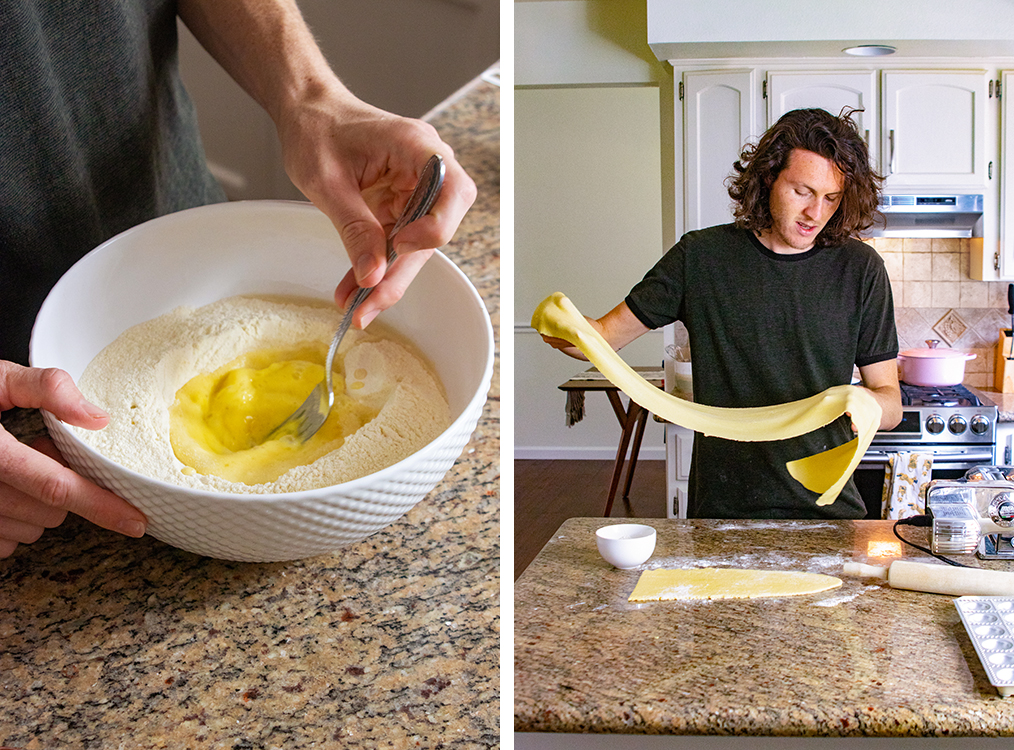 My earliest memories of making these ravioli were of ricotta-cheese filled ones, but as time went on, the ravioli went through a lot of variations. When I was a teenager, my dad decided they were going to become sausage-stuffed ravioli. Apparently, he's even created a chicken and spinach filled version on his own - as time went by, the recipe more or less became a blueprint for whatever we wanted to fill them with.
It's been a long time since I've made these ravioli with my grandparents - I believe I was 19 years old for the last grand production. Even after my grandparents got too old to travel, and too old to be managing a kitchen of squirrely teenagers or running a full-blown pasta factory from dawn 'til dusk, we kept the tradition alive among our immediate family. 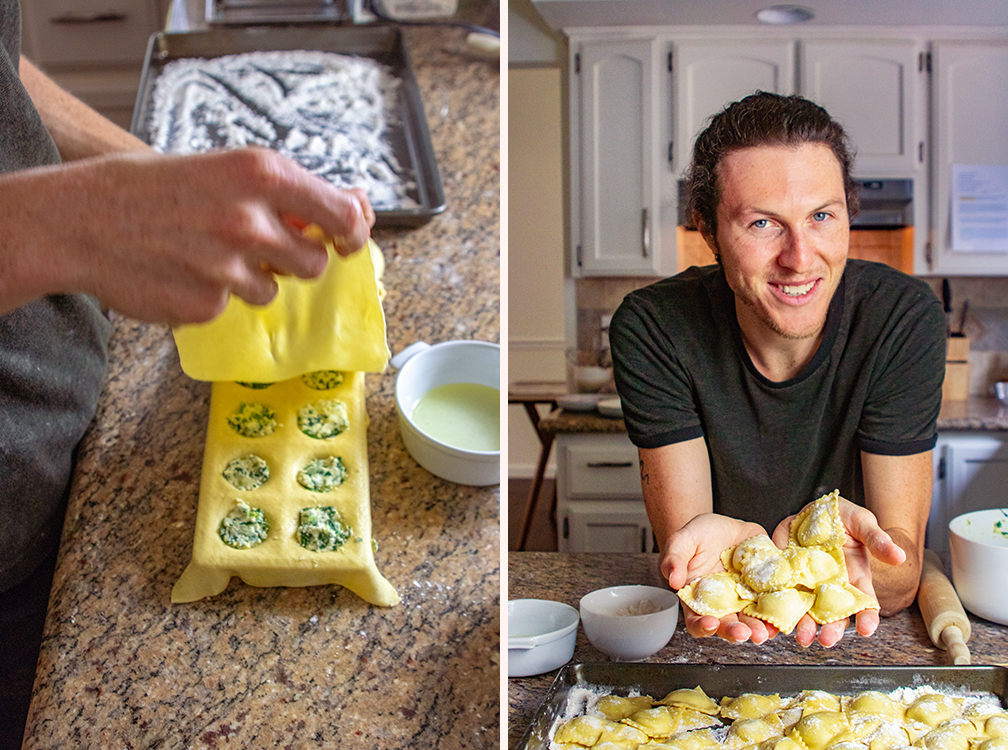 It's possible that this recurring highlight of the holiday season is part of the reason I became a cook, myself - and so many years later, I'm happy to have created my own version of my family's ravioli... scaled down from 250 ravioli and multiple 20-quart pots of sauce, of course. I've worked in many restaurants (quite a few of which were Italian) and I might be biased, but of all the ravioli I've ever tried, this is my favorite. The dough is just in the middle of soft and supple, and chewy and aldente. The ricotta and spinach filling is comforting and cheesy, but with a bright and unexpected little burst of lemon that makes it all the more delicious.
Just as my dad made adaptations to his parents' recipe, I made a few myself - it's pretty much tradition, at this point - and he hasn't seen them yet. Hopefully I don't have to have a meeting with Joe Matzeratz over it. 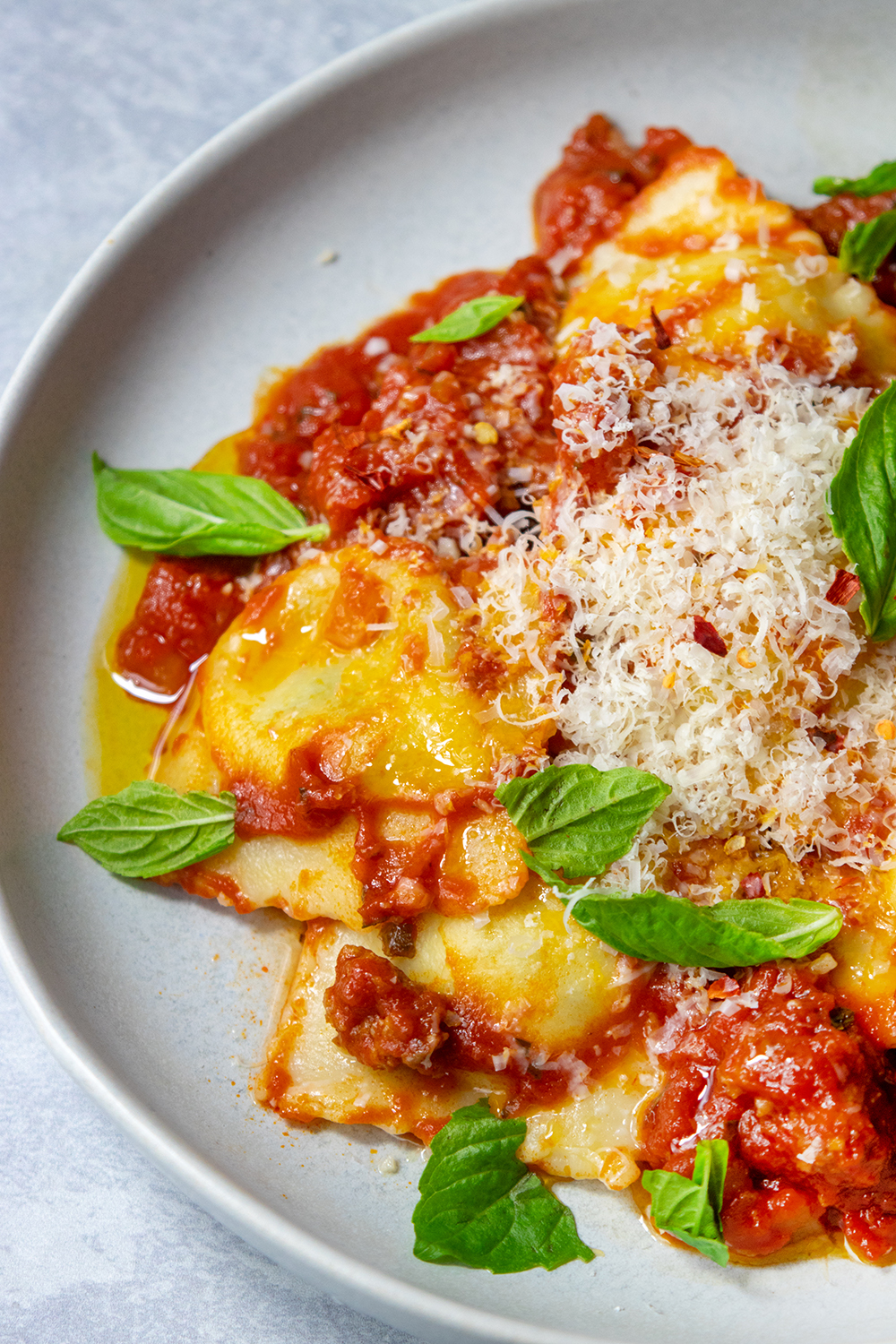